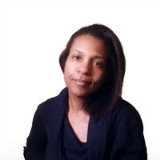 There are both pros and cons to using hydrogen peroxide for mouthwash. This antiseptic solution can be used to kill germs in the mouth, which may help prevent infection, tooth decay and even bad breath. It is usually available for a relatively low amount of money, and many people have it in their medicine cabinets. As far as the cons are concerned, the taste may prove unpleasant for some, and peroxide can irritate the skin. Additionally, it can cause illness or even death if a person swallows a significant amount of it.

One of the pros of using peroxide for mouthwash is its ability to kill germs in the mouth. Such germs can contribute to the development of halitosis, which is the technical word for bad breath. Germs can also contribute to tooth decay. In fact, bacteria in the mouth can sometimes cause infection of the gums and other soft tissue. Using hydrogen peroxide for mouthwash can kill germs and therefore help prevent these problems.

Another pro of using hydrogen peroxide for mouthwash is the fact that many people have it on hand in their homes. Often, people keep hydrogen peroxide in their medicine cabinets alongside other similar products such as rubbing alcohol and iodine. As such, it is usually readily on hand when a person needs a regular or occasional mouthwash. It can come in particularly handy if a person forgets to purchase his regular mouthwash or after dental work, when an individual may specifically desire a germ fighter.

Often, discussions of the cons of using hydrogen peroxide for mouthwash include its taste. Many people do not enjoy the taste of peroxide or products that contain it. If a person dislikes the taste, he may have to rinse his mouth multiple times to get rid of the unpleasant flavor. Likewise, a person who has a sensitive gag reflex and an extreme dislike for the taste of peroxide may have a difficult time using it without becoming ill. For such people, masking the taste with a mint flavor may prove helpful.

Though using hydrogen peroxide for mouthwash is generally safe, the fact that it can prove harmful when ingested is a definite con. An individual will likely be fine if he rinses with this solution and spits it out, even if he accidentally swallows a small amount. If too much is ingested, however, serious problems may occur, including burning of the digestive tract, nausea, and vomiting. Additionally, some people report irritation when this chemical comes into contact with the skin.

I have on two occasions needed dental relief for an extended time. But timing was an issue. Last week was one of them. I am 68 years old and now see the need for some dental work. Last summer, I ached and went to see a dentist, new to me. He refused to pull out my teeth. One, two, or three (molars) probably were great candidates. Instead he wanted me to commit 10K for complete mouth reconfiguration. (my mouth needs help with molar-like teeth removals and then reconfiguration - but, the good are excellent)

On a hunch, I thought I could wait out a Dentist.

I needed a solution so I tried various natural remedies with some limited success. I had read a long while back when ever using mouth wash to do it for five minutes.

I used this method with peroxide. I was relieved. Can't say exactly, but maybe within a day or so. These great results lasted a full year.

A little bit surprised, but aware, I had pain again. But, this was Friday night and I started to have fever and ear pain. So, I used peroxide again. This time it took longer for relief (I guess because of other complications) - maybe two to three days. Fever stuff, supplements to be more complete in method.

I wanted to only have a tooth issue before going for relief, and now I can. I was looking like death warmed over.

These episodes have made me see ties to other issues that come with bridge work (not in place for about five years) and its effects with sundry-like complaints over a long time, 42 years: connections to nose congestions, malaise, and now I am on the look out for other connections such as brain health, digestive health, and back health. There some clues that these are co-conspirators.

Hydrogen peroxide is great! It kills bad bacteria in the mouth. It also is good for anyone who has periodontal disease. It gets into the pockets of your gums and kills the bacteria deep inside prolonging the effects of the disease. I wouldn't suggest it being the only source of an oral rinse, since we need the good bacteria that lives in our mouth and it can, over time, harm the outer layer of the gums. It will also aid in tooth whitening.

Enamel has pores in it just like everything else in the human body. The peroxide will get into those pores and pull out stains/bacteria in those pores. It would just take longer than any teeth-bleaching system you would be able to get from your dentist. Definitely ask your dentist for any advice. As far as I know, peroxide is safe if not swallowed. Always follow manufacturer's instructions and rinse your mouth out with water after using it!

Hydrogen Peroxide is very cheap, tastes just fine (better than most mouthwashes), and has the added benefit of whitening your teeth. Only a moron would swallow enough of it to get sick.

To get past the bad taste of peroxide I add a few spoons of sugar before rinsing.

I used to smoke a lot of cannabis and noticed my teeth started to yellow. However, I hate using sugar flavored toothpastes that dentists recommend and do not like alcohol mouthwashes. So I returned to using baking soda and H2O2 (hydrogen peroxide) and see much whitee teeth.

I believe toothpastes are worthless especially when they contain fluoride that the EU has banned in its water supply. Since the EU banned fluoride, tooth decay has dropped over 35 percent. One cannot die from baking soda ingestion.

I use hydrogen peroxide until I developed a condition called "hairy tongue".

I use hydrogen peroxide to rinse frequently. I have been using peroxyl which is just a colgate rinse that is flavored excellently. It's the best tasting mouthwash I have used. However it is really expensive so I think I'm going to start using normal with peppermint extract and see if it's any good.

I use peroxide after every chew that I take out and I find that I don't get sores or anything like I used to. I guess it really is great at cleaning. I've never really had a problem with yellow teeth as I brush twice a day, but I do believe my teeth are a little whiter. Gets rid of bad breath, too.

@JaneAir - The risk seems pretty small to me. I wouldn't have a problem using hydrogen peroxide for mouthwash because it seems like you would have to swallow a lot of it before it would make you sick.

After reading this article, I definitely think that only adults should use hydrogen peroxide for mouthwash. Since it can be dangerous to swallow it, I don't think children should use it. Most adults can remember to spit out their mouthwash, but I imagine some kids would have trouble remembering.

That being said, I probably wouldn't use it myself since it can be dangerous. I don't think I would have trouble remembering to spit it out, but I don't want to take the chance.

@indemnifyme - I don't particularly care for the taste of hydrogen peroxide myself. I tried it as a mouthwash once, and I don't think I will use it again. However, I think it's a good alternative for people who don't like the taste of over the counter mouthwash. Some people find that too harsh, and would probably like hydrogen peroxide better.

I think I would probably be sensitive to the taste of hydrogen peroxide. I've never tried to rinse my mouth out with it, but I use it one cuts when I get them. I definitely hate the smell of hydrogen peroxide, and I can't imagine putting it in my mouth.

Once I spilled a significant amount of hydrogen peroxide in my bathroom, and the smell was almost enough to make me sick. I think I will definitely stick with my regular mouthwash.