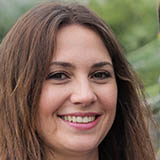 A public bath house is a communal facility maintained for the purpose of bathing. While such institutions originally arose from a utilitarian mutual desire for cleanliness, they have since become a very important part of many cultures, especially in Asia and the Middle East, where they continue to remain very popular. It may be possible to find one in various communities, depending on where a person lives; if someone is interested in attending one, he or she should ask around, as the quality of a bath house can be quite variable, and in the United States, bath houses are unfortunately sometimes used for purposes that are not related to bathing.

The concept of a public bath house is quite ancient. The Greeks and Romans both had centralized facilities in their major cities for the purpose of bathing, often built on mineral hot springs to ensure a steady supply of hot water. Public baths typically featured a variety of hot and cold pools to bathe in, along with saunas, steam rooms, and lounging areas. For a fee, people could receive massages and other personalized body care such as rub downs with fragrant herbs and oils. Smaller bath houses were often scattered across the countryside of Europe and Asia, ensuring that people had access to bathing facilities wherever they were.

In most cases, a public bath house is segregated by gender. In some cultures like Russia and Japan, the facility is sometimes used as an arena for major business deals; the all male atmosphere of the Russian banya, for example, facilitated business agreements between many major companies. Women often enjoy the bath house as a place to relax; children are often left in the care of nannies at home while mothers pamper themselves, for example, and women exchange gossip, beauty tips, and other information at the bath house.

Since many people have private bathing rooms at home, public baths are used more as an area for socialization than actual bathing today. They can also offer access to facilities that someone may not have at home, like a sauna and a cold plunge, or a steam room. The etiquette at a bath house varies; typically people are issued towels when they arrive, and they are encouraged to sit on those towels rather than bare surfaces. As a general rule, it is not a very modest place; visitors should prepare to see a wide variety of bodies in varying conditions in a bath house, and be aware that staring is not considered polite.

People who happen to be traveling in a place like Japan or the Middle East may want to make a visit to a bath house a stop on their list. If possible, visitors should go with a local who can educate them about etiquette and how to best use the facilities. Many facilities are in antique structures that have been used for hundreds of years, allowing visitors to see amazing examples of painted tile, elegantly carved stone, and other decorative features.

In countries I know of, people don't really go to public bath houses anymore. However, they do maintain them for tourism purposes or for special events.

@ysmina-- I went to a bath house in Istanbul when I was traveling in Turkey. It was a really old bath house that had been renovated.

It was really nice although it did get a bit too hot for me after a while. The bath house had separate areas for men and for women. We were given a special cloth/towel which we wrapped around us, no one was naked, everyone bathed with the towel on. We were also given a bar of soap, wooden sandals and a towel to dry off after coming out.

There were also women who worked there that would exfoliate you for an additional fee and give a massage. I got both, it was really nice. You should definitely go to one if you ever get a chance.

Has anyone actually been to a public bath house? How was it?

I really want to see one, it's such an interesting idea.