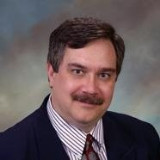 There are a number of differences between suntan lotion and sunscreen, but the most important has to do with the primary function of each: a suntan lotion is typically designed to help a person get a tan, while a screen is more often intended to minimize the damage caused by some or all of the sun’s rays. People can and often do get tan while wearing each, though things tend to be faster with lotions designed for that purpose. Some tanning products also have some screening elements, but not always. This can lead to burning and serious skin damage. Anyone who is looking for protection while out in the sun is usually better off with a screen or a block, a related product that often has even more skin protecting power.

Focus on Tanning and Color

Many people use the terms “sunscreen” and “suntan lotion” interchangeably to describe any lotion, whether cream-based or spray, that is used on the skin while sunbathing or otherwise out of doors on sunny days. Manufacturers often use the terms more narrowly, though. In most cases a tanning lotion is a lotion designed to help improve a person’s appearance. These sorts of products commonly also include bronzers and oils to help boost color naturally and to speed the skin’s reaction to ultraviolet exposure.

Some tanning lotions incorporate screening elements, but in most cases the protection here is low. Sun products are usually numbered in terms of their sun protection factor (SPF), with higher numbers yielding more robust and longer-lasting coverage. It’s common for tanning lotions to have rankings of 4 or 8; most screens are 15 or higher. With tanning lotions, the emphasis is usually on controlling the skin’s exposure to UV rays rather than filtering the rays themselves. Even when they include SPF elements, though, they don’t usually preclude the possibility of sunburn or damage to cells below the skin’s immediate surface.

Most sunscreens, by contrast, do attempt to prevent damage to the skin, both on the surface and through the underlying layers of the epidermis. Ingredients such as titanium oxide and zinc can help to minimize the chances for deep sunburns that in turn lead to peeling of several layers of skin. In general, someone who is just beginning to work on a tan should go with this product rather than suntan lotion. It usually takes longer to get tan when wearing a screen, but this is appropriate for a product with a goal of protection over appearance. Even screens with really high SPFs won’t completely prevent sunburn, though, and they usually have to be reapplied somewhat regularly to offer the best protection.

To complicate matters further, there is also a third product, sunblock, that is commonly also used in the sun. This product tends to have higher concentrations of titanium oxide and zinc than is found with a screen, and its main goal — as its name might suggest — is to actually block rays from getting into the skin, rather than just filtering or screening them out. Products in this category tend to be thick topical creams that actually form a barrier on the skin’s surface, and they usually offer the highest level of sun protection possible. People who burn easily when spending any amount of time in the sun would do well to use sun block rather than a tanning lotion or a screen, and this is the sort of product most commonly recommended for children.

Over the years, the differences between these three options have blurred a great deal. Part of the reason for the confusion often relates to the fact that manufacturers sometimes sell hybrid formulas that attempt to combine the protection of sunscreen with the tanning properties of suntan lotion. Because these hybrid products can rightly be referred to as either a lotion or a screen, consumers often see the terms as referring to the same type of products.

People who aren’t sure that they should use in the sun should usually consider suntan lotion as providing the least amount of protection from the sun’s UV rays, and possibly being more appropriate for someone who already has a deep tan. Screens tends to be a better option for those who want to develop a tan more slowly over time and who don’t tend to burn easily. Anyone who burns after spending even a small amount of time in the sun, or who wants the best protection possible, should generally go with a sunblock. Most dermatologists and skin experts recommend sunblocks with SPF ratings of at least 30 for children and anyone with fair skin. Medical experts are often quick to point out that any color or tan on the skin is a sign of damage, though this doesn’t usually stop people’s desire for that healthy summer glow.

I'm super pale and I want to get tan, but I don't want sunburn. What product do I use: sunscreen, or suntan lotion?

Latte31-I always use sunscreen on myself and my children. I also see people sun bathing with suntan oil. These oils have very little sunscreen protection because the purpose is to tan.

What I normally do when I go to the beach is wear sunscreen hats and have my children wear rash guard swimwear.

Rash guard swim wear has a built in sun protection factor of 50. These outfits are light and breathable and are highly recommended for runners. I always get the long sleeve tops so that I know that my children are protected from the sun.

Sun and Ski also sells a variety of tops and bottoms for women and men. These outfits give you an extra layer of protection. They are also recommended for boaters as well. They are really comfortable and soft to the touch.

It is important to wear sunscreen to avoid the harmful UVA and UVB rays that have been linked to skin cancer.

Facial sunscreen is important because the skin on the face is lighter and more delicate. The nose because of its protrusion has the highest risk of getting skin cancer and really needs face sunscreen as a result.

There are many brands that offer a stick roll on version of UV sunscreen that makes it easy to apply on the face.

This makes it particularly easy to apply facial sunscreen to children who often squirm and dislike the feeling of heavy sunscreen.

Sun screen protection is important because children spend hours outside. It is recommended that sunscreen cream be reapplied after an hour in the sun because if not the child will begin to get a painful sunburn.

You should use a baby sunscreen with a sun protection factor of at least 30 or more.