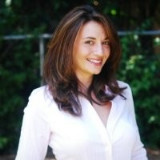 A mustache is facial hair style grown over the top lip and shaped in a variety of ways. Throughout the centuries, mustache styles have varied to fit the fashions and preferences of the time. From a simple pencil hairline to a dramatic walrus style, a mustache can add personal style and individuality to a man’s daily look.

The most basic mustache styles extend just over the upper lip and are typically shaped very precisely. A pencil mustache is a thin strip of hair over the lip, groomed or trimmed to be straight or angled slightly downward, following the curve of the lip line. Similar small mustache styles include the fat toothbrush, a thick section of hair just below the nose and extending to the upper lip, but only worn over the center of the lips. Small mustache styles are fairly easy to maintain and rarely involve the use of styling products to achieve the correct shape.

Some mustache styles are associated with particular eras or regions of the world. Mustaches of the American Old West are often shown as the appropriately-titled horseshoe style. This mustache begins under the nose and extends out past the side of the lips, making a straight line on either side down to the jaw. The chin is left bare in the horseshoe style, otherwise it becomes a circle beard. Another style recognizable from dozens of Hollywood films depicting ancient Chinese battles is the Fu Manchu, named after a famous and controversial fictional character who sported the style. Though identical in shape, this style shows a long tail of hair on either side of the lips that hangs past the jaw line, differentiating it from the closely cropped horseshoe.

Complicated mustache styles rarely seen in modern times often relied on hair wax to keep them in place. The Dali mustache, named for the surrealist painter Salvador Dali, is a thin strip of hair bent up along the cheeks to form a U shape. The old-fashioned handlebar style features two distinct and bushy tapering strands of hair, waxed so that the ends curl up slightly. The Imperial or Russian mustache is often seen in portraits of European leaders from the 18th and 19th century. This bushy style is grown across the upper lip and upper cheeks and waxed or brushed upwards, creating a W-shape similar to tusks.

Mustache styles can be simple or complex, tidy or fashionably mussed. In eras past, the correctness and propriety of a mustache was vital to maintaining a fashionable figure in the high circles of society. Today, mustache styles are a reflection of personality, choice and image. They are often worn by men attempting to make themselves look older, but can be an accessory to any type of style.

With a B.A. in theater from UCLA and a graduate degree in screenwriting from the American Film Institute, Jessica is passionate about drama and film. She has many other interests, and enjoys learning and writing about a wide range of topics in her role as a BeautyAnswered writer.

With a B.A. in theater from UCLA and a graduate degree in screenwriting from the American Film Institute, Jessica is passionate about drama and film. She has many other interests, and enjoys learning and writing about a wide range of topics in her role as a BeautyAnswered writer.

I had a major teenage crush on Tom Selleck, so you know I'm a fan of mustaches. I love all the styles pretty much, just so long as they suit the guy's face shape and size. Oh and I like them to look neat, nothing too wild and bushy.

The only thing I really dislike about mustaches is when food gets stuck on the hair! Guys - please don't be to shy to carry a small mirror and check for this during or after a meal!

@Bakersdozen - Your comment on salaries doesn't surprise me too much. For several years I tried out different mustache styles and found people treated me differently. I got promotions and was hardly ever without a girlfriend.

Perhaps it is based on perceptions of masculinity? It's funny that as a teenage boy you wait impatiently for the hairs to appear. Little do you know that there's a lifetime of grooming ahead of you, whether you choose to shave daily or not.

I once read that men with mustaches make quite a lot more money than those with a beard or who are clean shaven! I would think it probably depends to some extent on the type of mustache though.